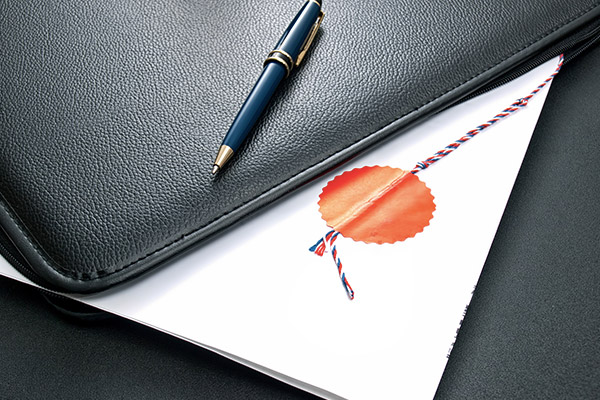 Latin for “lawsuit pending,” lis pendens refers to the jurisdiction, power, or control acquired by a court over property while a legal action is pending. Until recently, Maryland appellate courts had not directly addressed the question of whether, under the doctrine of lis pendens, a lender can be considered a bona fide purchaser when it is charged with constructive notice of the filing of a lawsuit affecting title to the property at issue. Previously, in DeShields v. Broadwater, 338 Md. 422 (1995), the Court of Appeals seemed to suggest that only actual notice, not constructive notice, of a lis pendens could prevent a transferee from being a bona fide purchaser.

In Murphy v. Fishman, No. 786 September Term (Md. App., Sept. 4, 2011), the Court of Special Appeals held that where a lis pendens provides a lender with constructive notice of an existing interest in the property at the time the lender acquires its interest in the property, the lender cannot be considered a bona fide purchaser, and thus, receives no protection under the recording acts.

In Murphy, Sheila Murphy, the Personal Representative of the Estate of Dorothy Urban (“Personal Representative”), filed a Motion to Stay and Dismiss a foreclosure action instituted by a lender, Jeremy Fishman (the “Lender”), that named as defendants both the Personal Representative and Robert Street, the Decedent’s son. The foreclosure action concerned a February 18, 2008 Deed of Trust executed by Street in connection with a refinance of an existing mortgage on the Decedent’s real property (“the Property”). Prior to the refinance, the Decedent conveyed the Property to Street by deed dated May 30, 2007. On January 3, 2008, however, the Estate filed a Complaint to Nullify or Declare the May 30, 2007 Deed Null and Void in the circuit court (“the Estate Lawsuit”) on the grounds of, inter alia, lack of capacity. The circuit court agreed that the Decedent lacked capacity, and on March 15, 2010, imposed a constructive trust over the Property.

The Personal Representative argued, inter alia, that the filing of January 3, 2008 complaint in the Estate Lawsuit acted as a lis pendens, which put the Lender on constructive notice that title to the Property was in question, and therefore, the Lender was not entitled to the protection of a bona fide purchaser under the recording acts.

On appeal, the Court of Special Appeals found that the circuit court’s distinction between actual and constructive notice was misplaced and not in line with case law from other jurisdictions. The court held that because the Lender had constructive notice of the Estate Lawsuit at the time it acquired its interest in the Property, it was not entitled to the protections to which a bona fide purchaser is entitled, and is not entitled to foreclose on the Property. In other words, the filing of the complaint in the Estate Lawsuit provided constructive notice, at the time the mortgage was acquired, of the existing interest in the Property, thereby precluding the Lender from protection as a bona fide purchaser.

Murphy serves as a cautionary tale of the importance of a thorough search of court records for pending litigation prior to extending a mortgage loan.

Greg is a Partner at Liff, Walsh & Simmons, and the Director of the Estate Planning and Administration Practice Group. Greg concentrates his practice on estate planning and estate administration, with a personal focus on planning for estates that own regulated firearms. Greg also serves as counsel for the firm’s affiliated title company, Eagle Title, LLC, advising the company in real property transactions that involve trusts and probate estates. Please contact Greg at gferra@liffwalsh.com or (443) 569-7425.